Turning a CGA Into Season Tickets 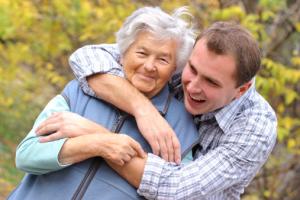 Rebecca is a 75-year-old widow who loves attending the opera. She has been a season-ticket holder for years, but is considering dropping her subscription because she is concerned about the cost.

Her son, a software engineer named William, has repeatedly offered to give his mom the tickets as a Christmas present, but Rebecca always declines—she thinks a gift that size would be an unnecessary extravagance on William's part.

How can strategic gift planning help Rebecca and William?

Recent years have been quite good to William professionally, and he's considering making a relatively large gift to his favorite charity. Upon learning more about charitable gift annuities, he thinks about his mom and comes up with an inspired idea:

He donates $20,000 to his favorite charity for a charitable gift annuity (CGA) in his mother's name.

Based on her age, that CGA will pay Rebecca approximately $1,200 per year—a sufficient bump in her disposable income that she can continue to purchase season opera tickets.

From a tax perspective: William gets an income tax deduction of approximately $10,000. (Making a gift to his mother is involved, but small enough that it is not subject to the gift tax. In addition, although most of the payment from the CGA is tax-free, his mother will recognize small amounts of income every year, which is fine because she's in a low tax bracket.)

From a non-tax perspective: William feels good about making a large gift to charity, and Rebecca feels better about buying the tickets because the money from the gift annuity is hers—the tickets are not a gift. Plus, she recognizes that she's free to use the distribution in any way she chooses, so if her interest in the opera wanes over time, she can use the money however she chooses.

NOTE: All calculations are based on the Applicable Federal Rate (AFR) at the time of writing; the charitable deduction and tax-free amounts will vary depending upon current rates. Check with the ACGA or your own advisors to confirm the current applicable rates.)