A Sticky Situation: The Solution 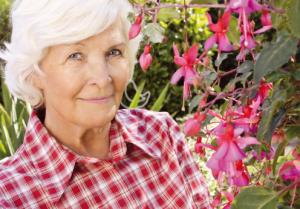 1.  Is there an obvious exchange you should have had during this meeting that isn’t reported here?

Yes, definitely. In this situation you should strongly encourage the donor to inform her children of her gift to your organization, and then report that you did so in your contact report.

Even though you have no control over whether she actually shares this information, it's the right thing to do and it will also help avoid potential problems for your organization after Shirley passes. There are many examples of heirs being surprised by charitable gifts and challenging the legitimacy of these gifts, accusing the organization of exerting undue influence.

2.  Should you agree to drive her to the attorney's office?

3.  If she has informed her children of her charitable intentions, would it be appropriate for you to drive her to the attorney's office?

If you have proof that Shirley had informed her children, some people might say it is okay, but we recommend against it. It's always better to keep the boundaries ultra-clean and professional to avoid any problems down the road.

4. Is it ok for you to be witness to her signing her living trust documents?

We need to be constantly vigilant that there is no way to interpret our efforts as exerting undue influence. There are cases of numbers 2, 3, and 4 being challenged in court. The ruling of the court may not be the same in every case, but by avoiding any questions of undue influence, you avoid being challenged.

As a major gift officer you’ve developed a great relationship with Shirley Knot.

For years, Shirley has been a significant donor to your organization and a well-respected pillar of the community in which you both live.

Shirley was married to Harold, a successful banker who divorced her shortly after their youngest child finished medical school.

All three of their children are professionals living in the large city a couple of hours away. She has a good relationship with her kids but has told you that she doesn't include her children in her financial activities. However, they are aware that she is philanthropic and are delighted that she takes pleasure in helping others.

During a recent visit, Shirley advised you that she was in the midst of having her estate plan reviewed and, at her attorney's recommendation, she was having him draft a living trust instead of just updating her current will.

Her reasons for having a living trust are:

She also excitedly shared with you that your organization will benefit significantly at her death.

After thanking her for this gift, you encouraged her to consider sharing details with your charity via a gift agreement (same as ‘letter of intent’), which would remain confidential until her death, to assure that her intentions would be fulfilled and to clarify how she would like her gift recognized. You indicated that you would send her a sample gift agreement and recommended that she will want to share it with her legal counsel.

A week after your visit, you receive an email from Shirley asking if you would be available to drive her to her attorney’s office so she could sign her living trust. Furthermore, she would like you to be a witness to her signing of the documents, including the gift agreement, after which you would be her guest for lunch and then return her to her home.

What Should You Do Now?