CGAs: 10 Things You Must Know 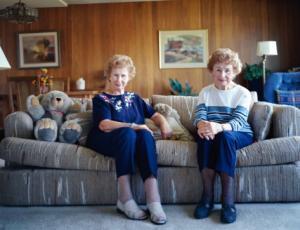 Let's take a look at 10 things you need to know in order to have a confident understanding of CGAs.

Please make sure you review CGA: How It Works in the Gift Planning Field Guide

2. The nature of the contract

3. A CGA is irrevocable

Once the contract is initiated, the annuity rate can never be adjusted.

You should not use these terms or words when describing a CGA:

5. Either one or two beneficiaries

There cannot be more than two beneficiaries of the annuity payments. Typically, the payments continue as long as either of the beneficiaries are alive.

6. How higher annuity rates are calculated

Roughly 50% of donors who enter into a CGA will end up doing so more than once. And 30% of those with annuities subsequently increase their annual giving.

8. A way for adult children to give back

It's becoming more and more common for a child to enter into a CGA with a parent as the beneficiary.

A CGA is typically funded with cash, and sometimes with an appreciated security. Keep in mind that a CGA funded with securities requires that a portion of the capital gains of the appreciated asset will be recaptured and taxed as such in the annuity payments.

Flexible DPCGAs are becoming a popular way for donors with 10 to 15 more years of gainful employment ahead of them to make a gift that will help them supplement their retirement funds. The "flexible" part of the annuity refers to the ability to begin receiving the payments at a time in the future when they become needed.