Sample Codicil for a Will 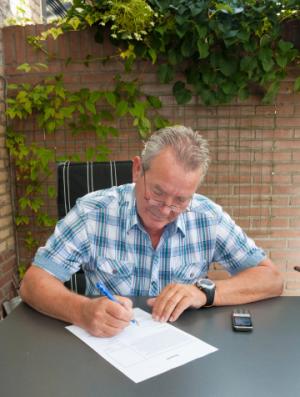 First, the definition: A codicil is a supplement that explains or modifies a will, or revokes part of one.

Codicils should be used for relatively minor changes to a will, such as:

If there's a 3rd or 4th codicil, it is perhaps a good idea to rewrite and replace the original document. The more straightforward and clearly written the will is, the easier it will be to follow, the fewer the questions that can be raised, and the more assurance one has that what the author wants to happen actually does happen.

And with that, let's take a look at a sample codicil.

“I (NAME), A RESIDENT OF THE County of (county), State of (state), declare that this is a codicil to my last will and testament, which is dated (date the original was signed).

Whereas, I now desire to make certain changes in my last will and testament:

Now therefore, I do hereby make, publish and declare this as a (first) codicil to my said last will and testament to be annexed to and taken and allowed as part thereof:

I hereby amend my last will by adding thereto a new Section (?), which reads as follows:”

“I give, devise and bequeath to (your organizations legal name and address) the sum of $__________, to be used for such purposes as the governing body may designate.”

“I give, devise and bequeath to (your organizations legal name and address) ____% of my gross estate, to be used for such purposes as the governing body may designate."

Specific Bequests are made when a particular item or property is bequeathed for a designated purpose. (e.g., instruments bequeathed to the local school district for use in music education; dollar funds to be used in the operation of a school or church, etc.)

Residuary Bequests are made when the donor intends to leave the residue portion of their assets after other terms of the will have been satisfied.

"All the rest, residue, and remainder of my estate, both real and personal, I give to (name of your organization and address) for its general purposes."

Contingency Bequests allow the donor to leave a portion of their estate to a particular charity if their named beneficiary does not survive them.

Not every state requires a codicil to be notarized, but we strongly recommend so doing.