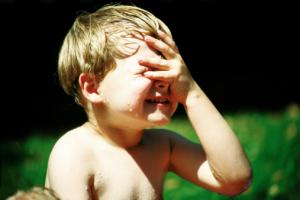 When you work for a charity, there's usually a built-in assumption that comes with it: You do work that helps others, therefore you are presumed to be doing the right thing.

Which is why the new series on The Tampa Bay Times called America's Worst Charities has raised so many alarm bells: There are people out there working for charities who are bad people, who are unethical, who are scam artists.

The reporting's split into 3 parts, with links to related pieces about identifying scam charities. Here's the description from Times page:

"America's Worst Charities" is the result of a yearlong collaboration between the Tampa Bay Times and California-based The Center for Investigative Reporting, the nation's largest and longest serving nonprofit newsroom dedicated to watchdog journalism. CNN joined the partnership in March.

In response to this article, The Huffington Post quotes Andrew Watt, the president of the AFP, thusly:

[He] said the investigation should not have solely focused on cases of solicitors who receive a commission, a practice widely viewed as unethical.

"The use of professional solicitors is not an indication of whether or not a charity is legitimate or effective. Many legitimate charities hire solicitors to assist in their fundraising," he stated. "In the extreme cases cited by CNN and the Tampa Bay Times, solicitors are paid on a percentage- or commission-basis, a practice which is prohibited and considered unethical by the Association of Fundraising Professionals and most of the charitable sector."

Here's the list of the 50 Worst Charities. It gives the percentage figure of donations that went to direct cash aid for each -- and that percentage ranges from a high of 11% to a low of 0%.

Somewhat astonishingly, multiple charities come in with the 0% figure.